We are architects and interior designers in three generations and family-run businesses. We enjoy working in a team and plan aesthetic architecture.

We realize your visions, from the first idea to the objective.

With our passion for creativity we create space for your quality of life.

More than half a century of living the will to create.

His architectural position is a result of his biography and the consequence of a half-century-old will to create. Architecture can be described as the expression of the zeitgeist, in which case it falls victim to this notion entirely, and construction turns into a result of fashion and trends. This type of architecture is naturally a form of expression whose half-life is relatively short and whose significance often lasts less than a decade.

For architects whose projects span over half a century, this type of attitude may turn into a biographical problem, in the worst case. Since these types of projects are characterized by short-lived fads, which must be continuously overhauled to remove faults from past construction, a true architectural “position”, however, is missed dearly.

In the best case, as with Hans Rollmann, an architects life work does not fall victim to such problems. The architectural attitude and position that marks all of Rollman’s life projects has, therefore, become the directory that guides the office, led by him.

Whoever observes the alone standing architectural projects of Rollmann notices quickly that it is a result of bundling life experiences and the consequence of a learning process, that only seems unrelated to architecture at first glance.

An analytic approach to Rollmann’s domestic architecture consequently reveals that his designs are free from isms that have characterized pre-war German modernism in the 1950s and 60s.

Constructions without an expiration date.

The rules of modernity became very convenient for Rollmann, as clarity, structure, reduction, and a sociopolitical approach was exactly what he was always looking for, constantly missed and finally could express architecturally. This is why he has always remained faithful to modern architecture, unlike others who have strayed away on post-modern meanders and architectural deconstruction.

This faithfulness has become a godsend for his home state, the Saarland, as the majority of his projects are located in this small state with a large identity. Since architecture has the function of providing an identity for applied art, there is also a public responsibility that comes along with this notion, which Rollmann always took very seriously.

His projects are not a result of self-actualization, rather than a general public duty.

The result is construction without an expiration date – not much more the public can ask for.

Our architecture is a result of combining multiple perspectives, that translates to an enduring design language. 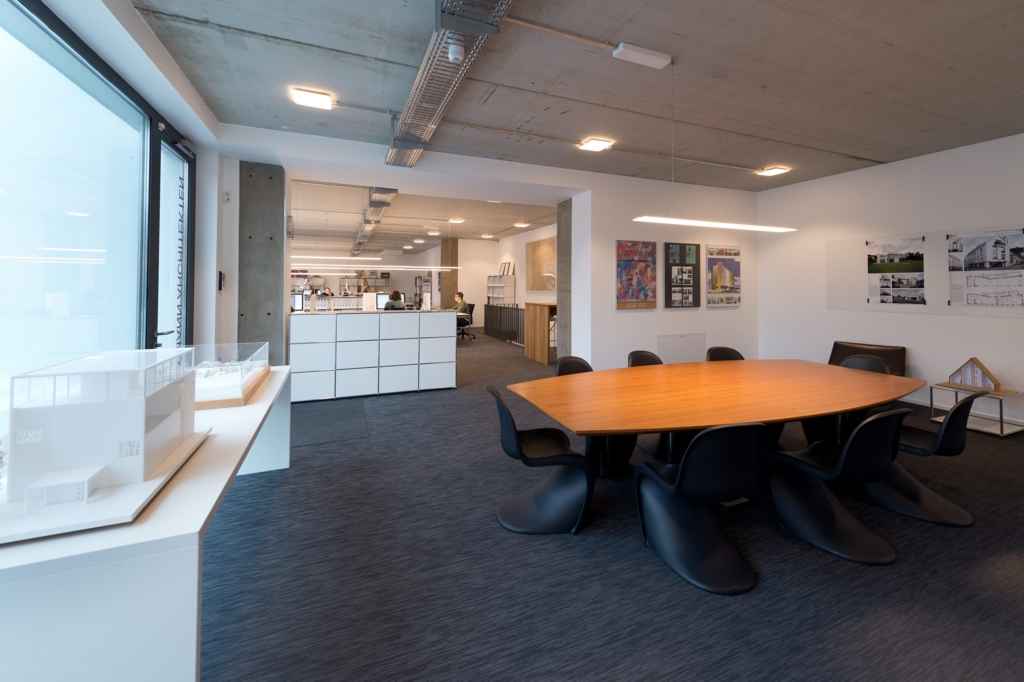 Architecture is our passion.